The Hysteria of Cassandra or “The wandering womb”…..

Posted on January 15, 2015 by redseedsgatherer 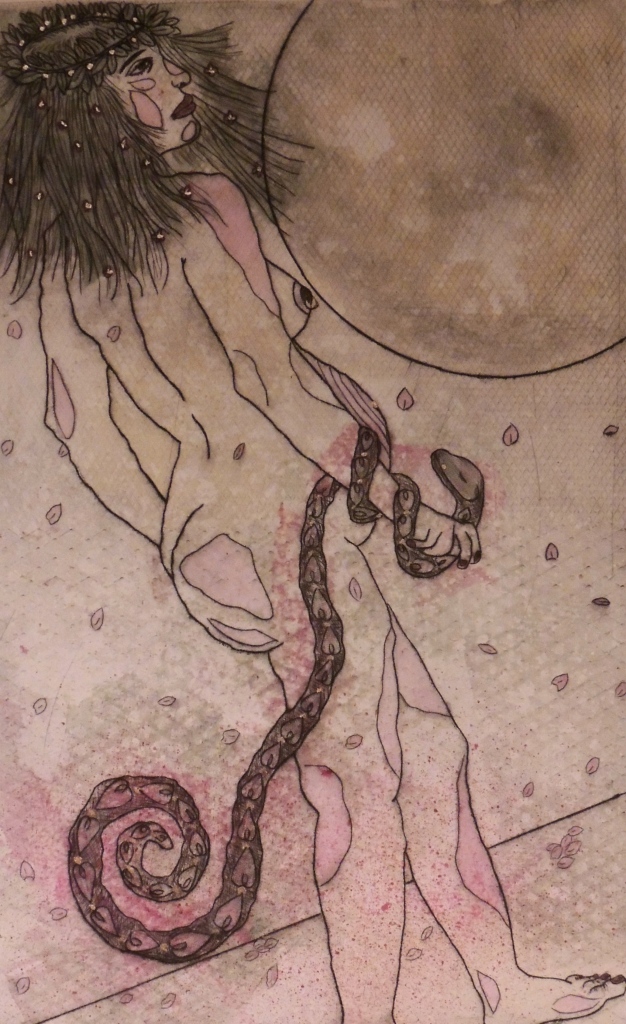 Cassandra fell asleep in a temple, and snakes licked  her ears so that she was able to hear the future. Cassandra was both beautiful and considered insane. However, her perceived insanity is the result of being cursed by the god Apollo. Many versions of the myth relate that she incurred the god’s wrath by refusing him sex. She was a priestess of Apollo and and taken a sacred vow of chastity to remain a virgin for her entire life.The God’s punishment was that she would never be believed again….she was now seen as a mad woman , full of hysteria and a liar. Many of her prophecies went unbelieved…such as the wooden horse of Troy debacle ! Cassandra is an enduring archetype. Modern invocations of Cassandra are most frequently an example of a psycholgy termed “the cassandra complex”. The belief in the “wandering womb” was part of the teachings of Hippocrates. It was written that the uterus could move out of place, and float within the body causing Hysteria which was the first mental disorder attributed to women (and only women) — a catch-all for symptoms including, but by no means limited to: nervousness, hallucinations, emotional outbursts and various urges of the sexual variety.

Ah, those pesky wombs — never staying still, always stirring up problems. According to a comprehensive history of female hysteria compiled by researchers from the University of Cagliari in Italy, Egyptian texts dating as far back as 1900 BC argued that hysterical disorders were caused by women’s wombs moving throughout their bodies. The ancient Greeks believed it, too. In the 5th century BC, Hippocrates (i.e., the founder of western medicine, in what may not go down as his greatest achievement) first coined the term “hysteria” — from “hystera,” or uterus — and also attributed its cause to abnormal movements of the womb in a woman’s body.

At various points in history, the massaging of a woman’s pelvis (i.e., her genitals) was embraced by many a health expert as the cure for female hysteria, resulting in “hysterical paroxysm,” or orgasm. Though the practice dates back to the renaissance, and even before, it became a money-maker for the medical establishment during the Victorian era. “By the early 19th century, physician-assisted paroxysm was firmly entrenched in Europe and the U.S. and proved a financial godsend for many doctors,” Psychology Today explains.

It’s easy to laugh-off female hysteria as preposterous and antiquated pseudo-science, but the fact is, the American Psychiatric Association didn’t drop the term until the early 1950s. And though it had taken on a very different meaning from its early roots, “hysterical neurosis” didn’t disappear from the DSM — often referred to as the bible of modern psychiatry — until 1980. Sadly, we’re still feeling the impact of this highly-entrenched medical diagnosis today. The “crazy” and “hysterical” labels are hard ones for women to completely shake.  …. (Huffungton Post)