NYX in the Cave of Night

Posted on December 21, 2018 by redseedsgatherer

Today marks the darkest  night of the year, and so I am marking this powerful and liminal time with my recent print of NYX, the Greek goddess who was the NIGHT. She was seen as the source from which all creation emerged. Before there was anything there was only a void of darkness from which emerged NYX. Her story tells of her residing in a cave , in The Underworld, from where she offered her powerful oracular skills. Every day as dusk descended she would leave the cave to wrap the vestiges of the day with a velvet darkness, so as to allow life to rest. NYX was mother to many deities: among which were the Fates, sleep, death, strife and pain. In the Feminine mysteries the Dark Goddess is cloaked with a deep wisdom and knowing  which she offers with abundance to those who would dare to look deeply into her dark spaces. For it is said that in our darkness we may find light, understanding and eventually peace.

Darkness is a metaphor for the shadows that lie within us, the unknown side of our personality. In Jungian psychology this is called  ‘the shadow’ describing  aspects of the unconscious where we may hold and repress uncomfortable feelings such as denial, rejection, guilt and shame. Here lies those parts of ourselves that we don’t want to own or that we think society or our families won’t like. Such feelings Ignored and buried in the unconscious often end up being projected  onto others.  Jung said that ‘to become conscious of the shadow involves recognizing the dark aspects of the personality as present and real. This act is the essential condition for any kind of self-knowledge.’

“One does not become enlightened by imagining figures of light but by making the darkness conscious.” Jung 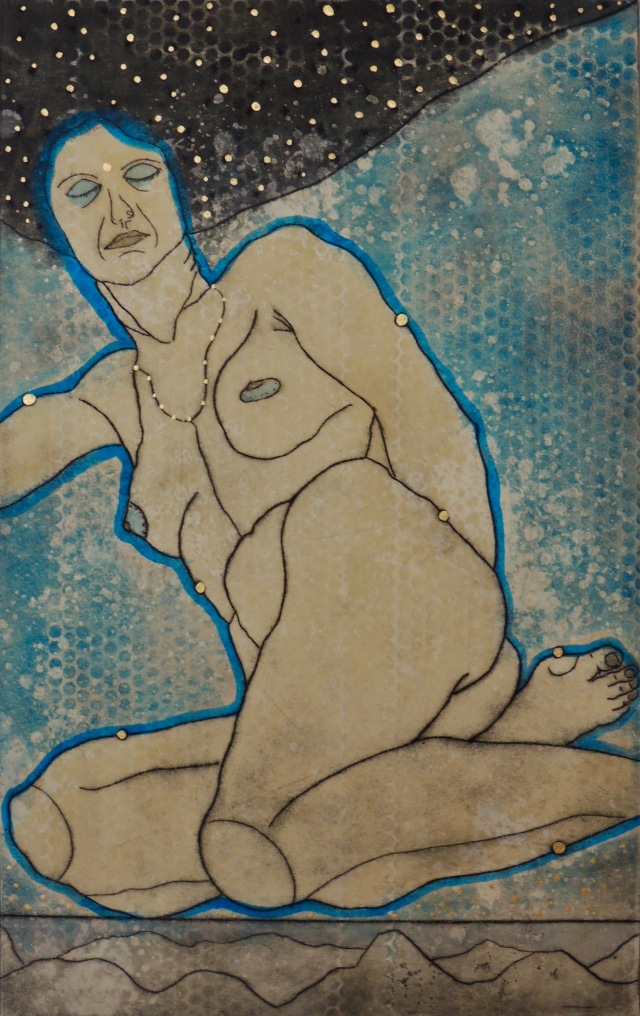 NYX in the cave of the NIGHT
I AM DARKNESS