In Greek mythology  CYANE  was a water nymph named after the beautiful colour of her sacred pool. She is remembered as She who witnessed Hades, the God of the Underworld, sexually assaulting the daughter of Demeter, Persephone. Sighting this act enraged Cyane and she rose up from her deep waters imploring him to stop ‘You cannot take this girl to wife against Demeter’s will! ’ She desperately tried to block Hades but the ground opened up and Persephone fell into the depths of the Underworld. Cyane was heartbroken that she had failed to help her friend. Hades was furious at the intervention and inflicted grave punishment and silencing upon Cyane by changing her into a liquid and throwing her back into her own pool. Meanwhile Demeter wandered the land in search of her daughter. Passing the Cyane’s sacred pool, she called out to ask of her daughter’s fate. The nymph  had no voice to speak but pushed pushed the remnants of Persephone’s blood red sash to the very top of her pool. This act allowed Demeter to understand that her daughter had fallen into great danger. Cyane had witnessed a savage assault but had been silenced so as not to utter the truth. However the Feminine often works in powerful non-verbal ways.

‘Bystander intervention’ describes a situation where someone who isn’t directly involved steps in to change the outcome. This action enables the victim a chance to find safety  or leave the situation. It’s not always easy to step in, even if we know and feel it’s the right thing to do. It is a proven fact that bystanders will often avoid intervention;….“I don’t know what to do or what to say…“I don’t want to cause a scene.”…“It’s not my business.”…“I’m sure someone else will step in.” …but bystander intervention  can help change the outcome of a victim.

The  #metoo movement is changing the ways sexual assault is dealt with in society by encouraging and supporting those who have been assaulted or those who have witnessed such acts to speak out and not remain silent.

Cyane and Persephone’s blood-red sash
I AM INTERVENTION 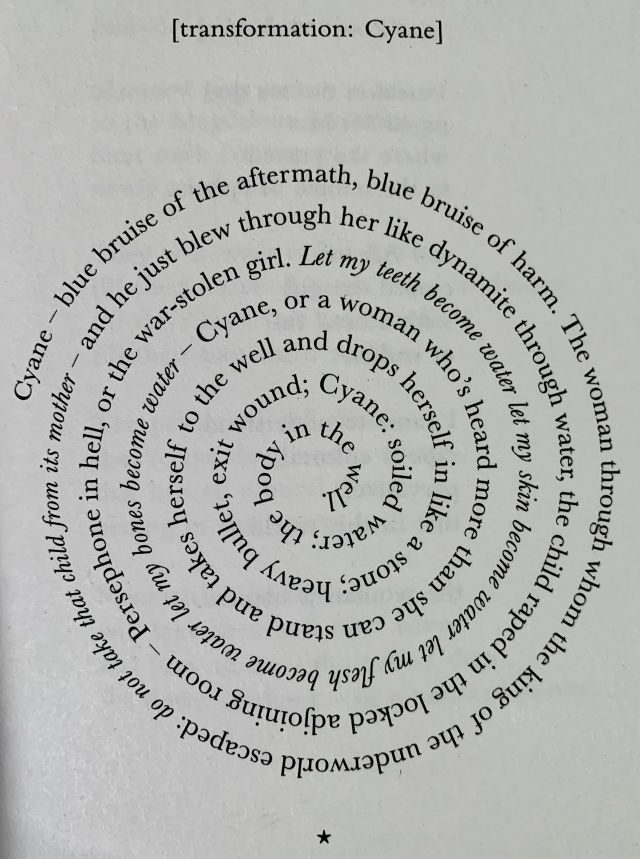