“Alchemy, as a nature philosophy of great consideration in the Middle Ages, throws a bridge to the past, the gnosis, and also to the future, the modern psychology of the unconscious. Only by discovering alchemy have I clearly understood that the Unconscious is a process and that ego’s rapports with the unconscious and his contents initiate an evolution, more precisely a real metamorphoses of the psyche.” Carl Jung

The language of birds

Lady Alchymia – the muse of Alchemy 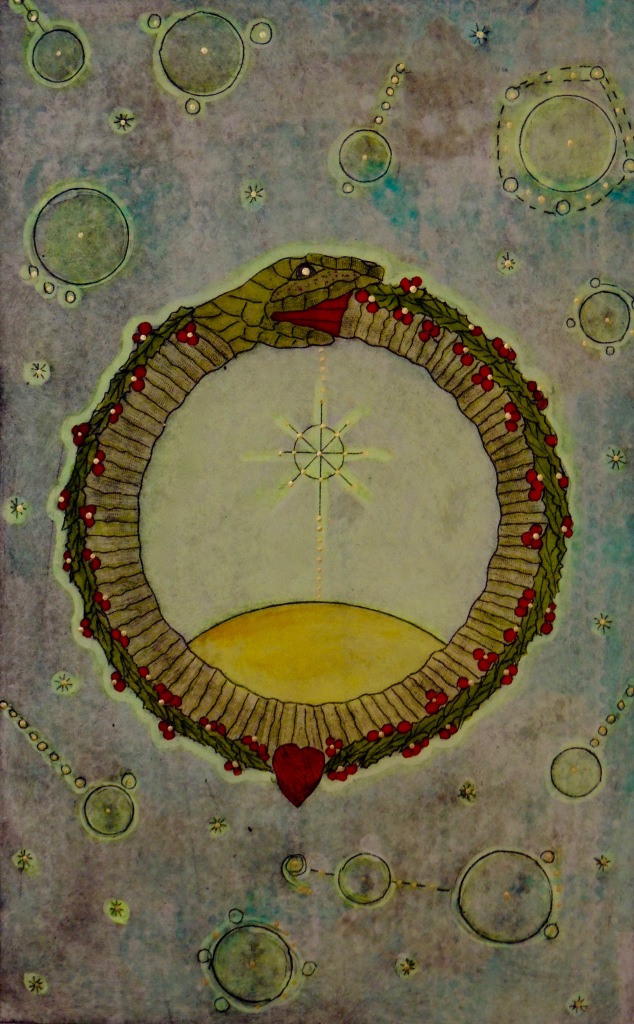 OMNIA UNUS EST
The Ouroboros
“all is one” 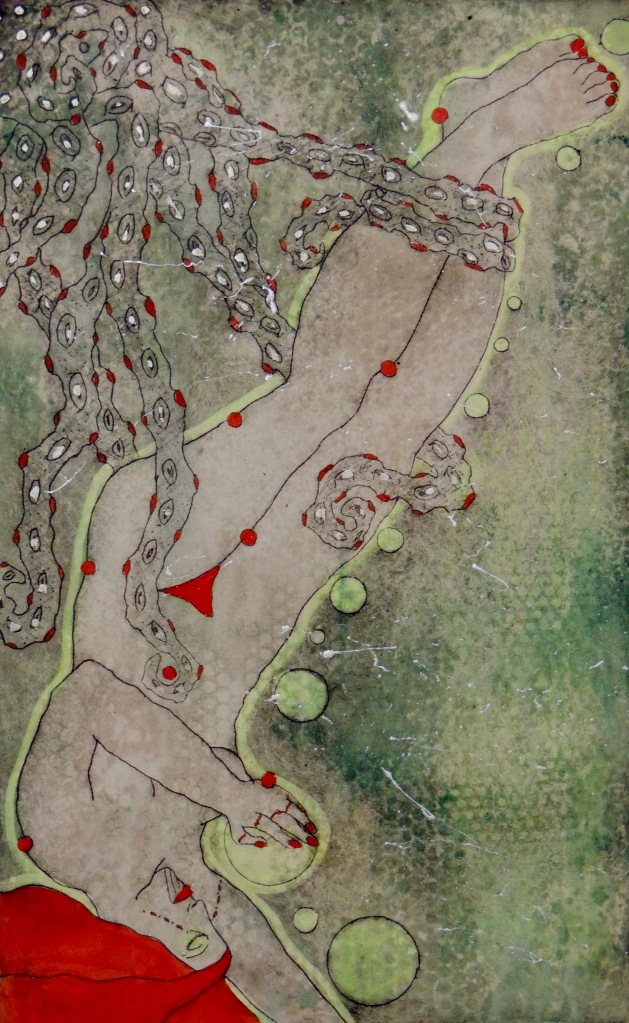 The myth of Sedna expresses a state of SOLUTIO.

Demeter and the dead Earth……

Demeter expressing the state of NIGREDO ….. 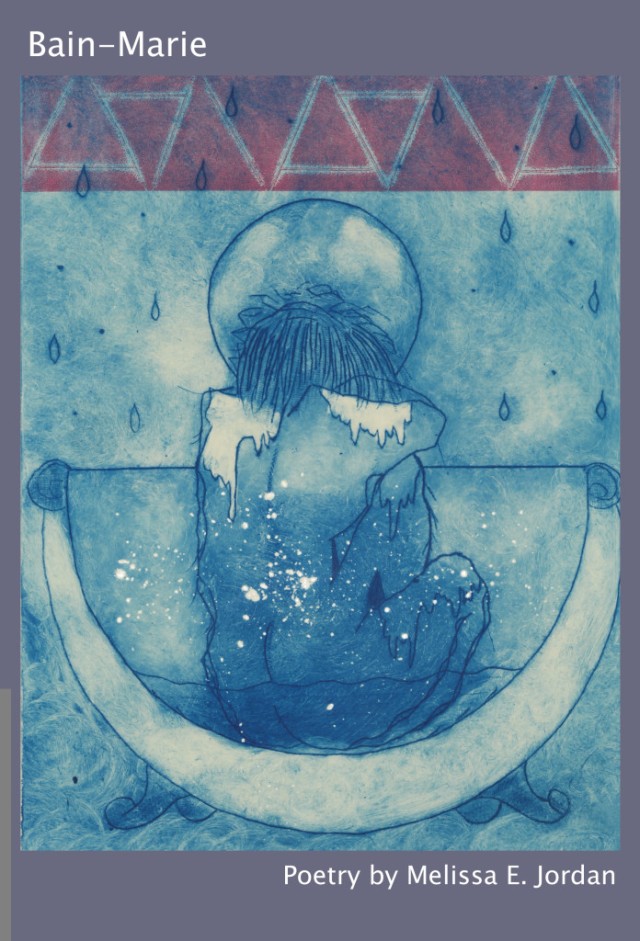 Bain -Marie ….. This alchemical apparatus was invented by one of the few known female alchemists known as Mary the Jewess. This print describes the second stage of alchemy Dissolution. 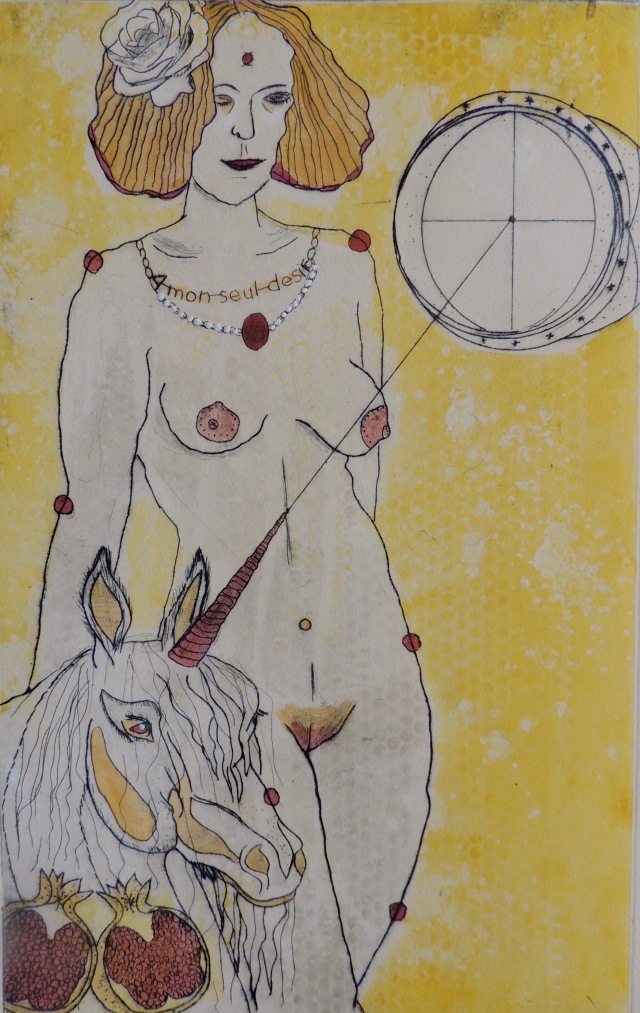 WHITE STONE – the Lady and the Unicorn

CONJUNCTIO: The marriage between Heaven and Earth.

Phoenix ‘Sitting in the Fire’…..The Phoenix is a mythical bird that consciously consumes itself in flames to be reborn new from its ashes. In Alchemy the phoenix bird represents the creation of the Philosopher’s stone from the transformative element of fire and the chemical of Sulphur. The symbology for me also describes the rising of the Divine Feminine in our modern day consciousness.

OVUM PHILOSPHICUM: As above so Below

The threshold of Hermes

The Star of Venus

In the greater work the stage of Coagulatio has 8 phases the first 4 are ruled by venus the second four by Mars. Here I depict Venus in  stage 2:Nutrimentum. She evokes nourishment and sustenence. This stage symbolises the rising of the inner Sun. Venus is the opening of the Heart which is earthed.